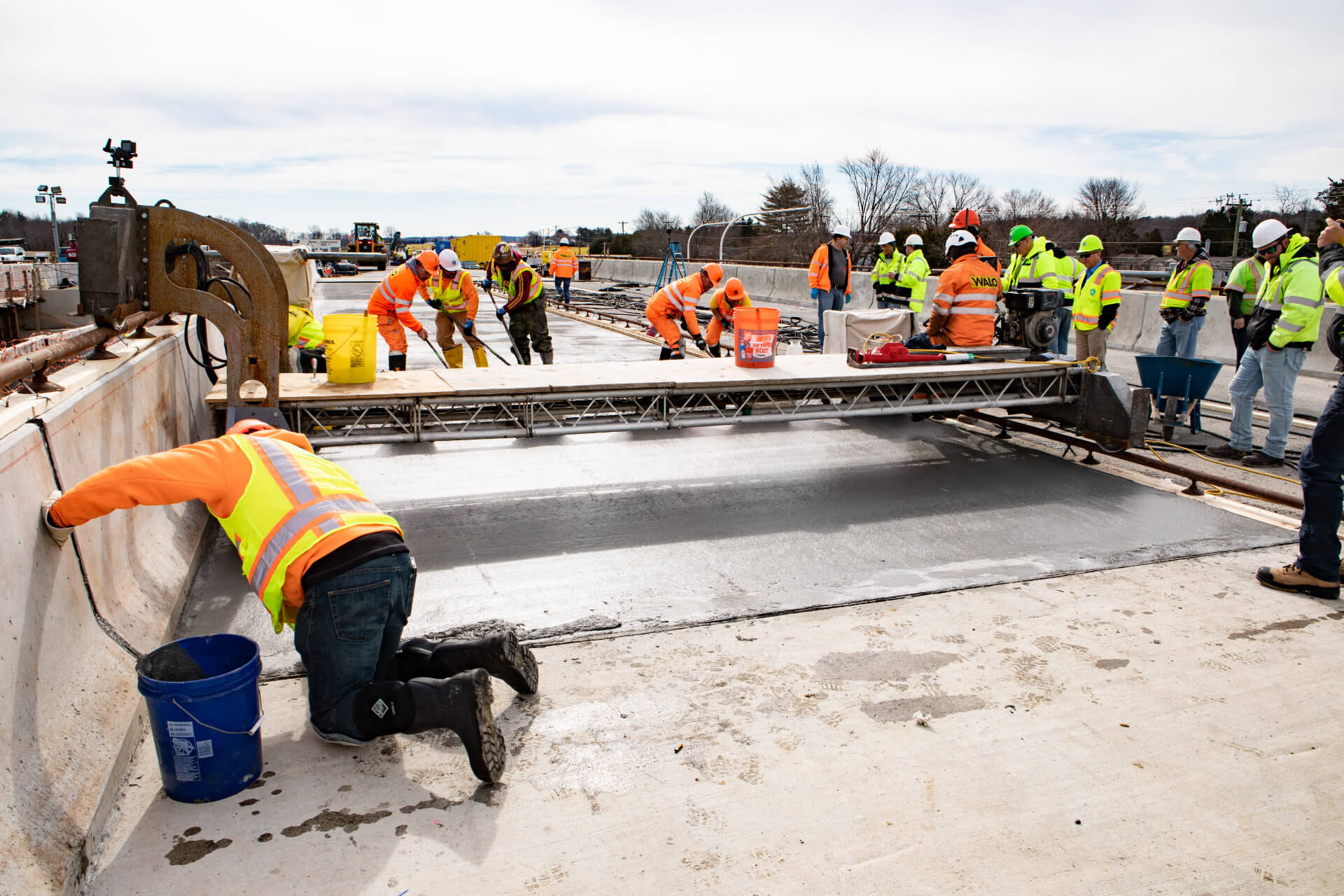 The bridges were originally constructed for a new grade separated interchange on State Route 1 (SR-1) at Bower Beach Road. Two 120 ft long and 42 ft wide bridges were constructed with a cast-in-place concrete deck on steel girders.

After the initially completed concrete bridge decks were surveyed, it was determined that the cambers of the steel beams were not even. This resulted in having the top rebar mat in the center of the bridge deck with insufficient concrete cover and protection. DelDOT was in search of a solution that would provide enough protection of the top rebar mat, while keeping the designed cross slopes and horizontal curve of the bridges.

A UHPC overlay was selected as the preferred alternative repair method due to its great durability resistance and water tightness. The UHPC overlay functioned as grade repair, waterproofing element and road surface. In addition, it can function as a structural element under compression but this was not considered in the design of the repair method. The UHPC overlay thickness varied between 1¾” to up to 5” in local areas with an overall average thickness of approximately 3”.

The surface of the existing concrete was prepared using hydrodemolition at a depth of ¼” in order to ensure sufficient bond of the UHPC overlay to the concrete substrate.

Given the low temperatures in February 2019, heating was required to prevent the thin UHPC overlay from freezing and allowing the UHPC overlay to bond properly to the existing concrete deck. This heating was accomplished with forced air and hydronic systems placed below and above the bridge deck.

In addition, heating of the UHPC premix and mixing water was required to maintain proper UHPC workability during placement.

The selected material was a Lafarge Holcim Ductal overlay formulation with 3.25% steel fibers. In order to achieve proper strength development, the freshly placed UHPC overlay was tented and heated immediately after installation.

Twenty-four hours later, the tent was removed and hydronic heating hoses were placed for three days of curing. Using this curing procedure, the UHPC overlay reached strengths between 11,000 psi and 13,000 psi almost achieving the design strength of 14,000 psi within this short time period. 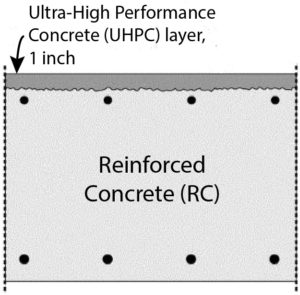 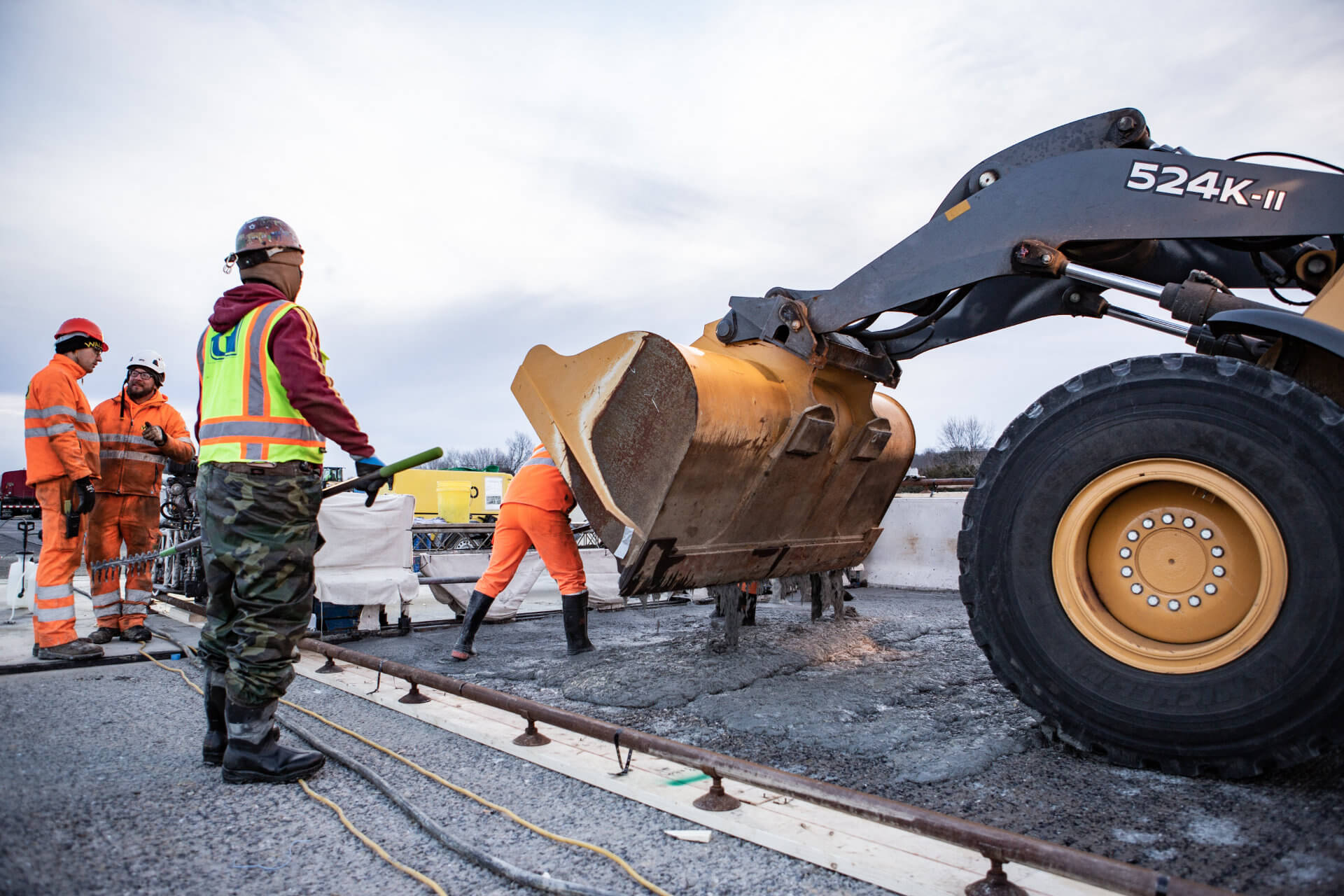 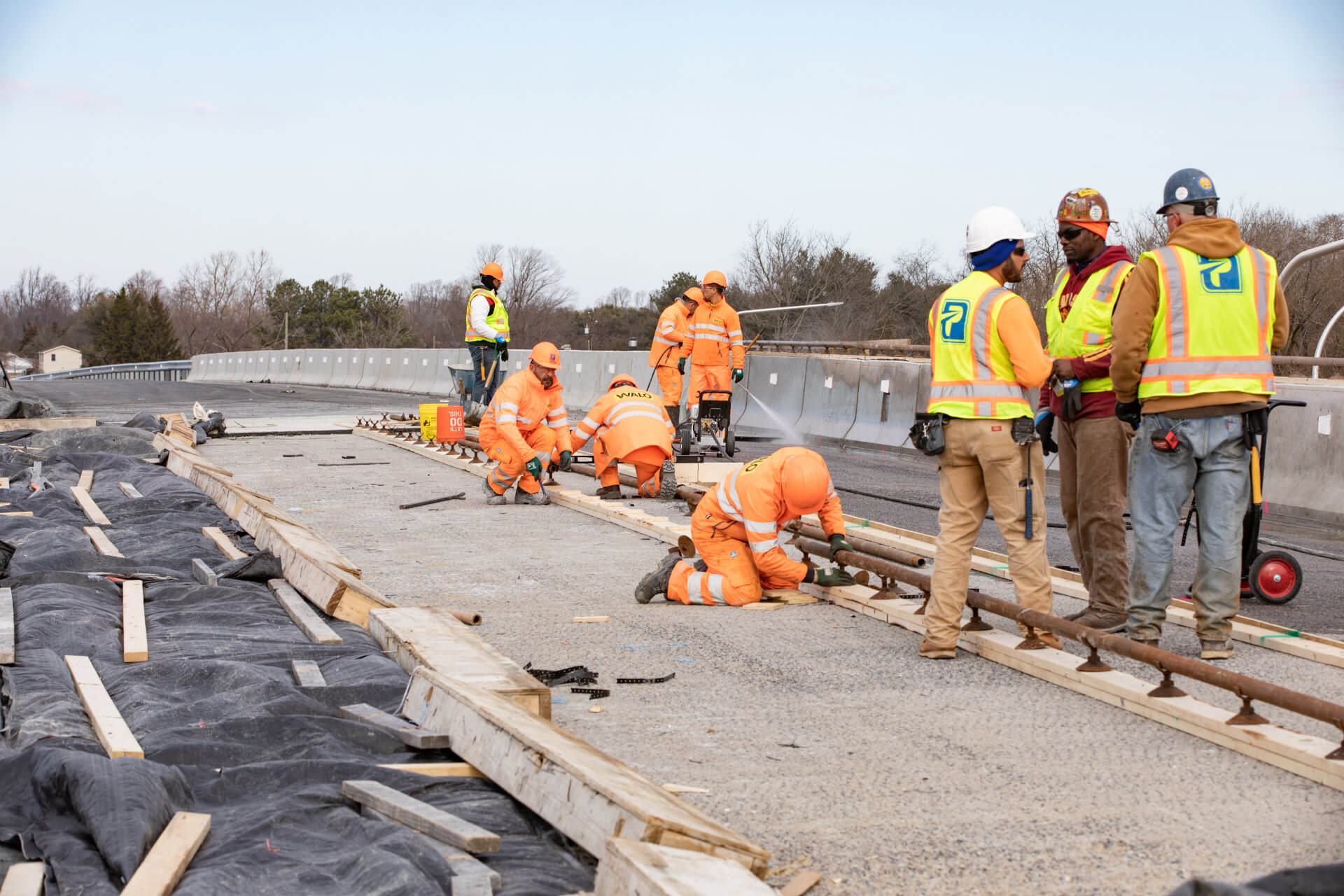